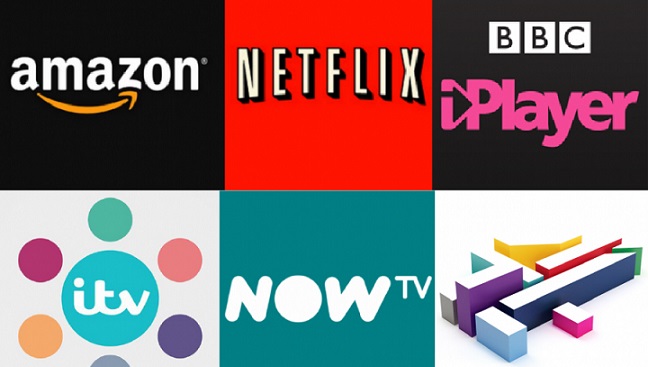 Just as there have been some astonishing new movies in 2017, we’ve also been spoilt by some splendid new, or continuing, TV. Or serialised drama? Streaming episodic narrative? Longform visual storytelling? We really do need to lock down the nomenclature of this medium, “TV” just isn’t going work out in the long run.  But let’s be honest, most lists in this medium are largely going to top out the same.

Big Little Lies and The Handmaid’s Tale are going to win pretty much all the awards going, and deservedly so. Stranger Things Season 2 will largely ride the coat-tails of its predecessor in a great many lists, and there’ll be leftfield entries from the truly excellent Glow and The Good Place. 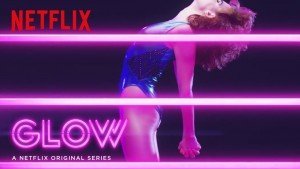 Before I move on, I’d like to say a few words about the latter two. Netflix’s Glow was one of those light silly shows that I started watching primarily for Community‘s Alison Brie. But every episode I watched I was more and more hooked. The talent and enthusiasm thrown at this by cast and crew alike made this 80s period drama about women’s entertainment wrestling something I actually cared about, which is not something I thought I’d ever write. The Good Place was a nice, light piece of entertainment about the afterlife and redemption, with a few subtle lessons on ethics and moral philosophy snuck in. However, after the season one twist, the show became something utterly special in season two, which is still showing. Managing to be light, and clever, and funny, and serious and get away with describing things as Kierkegaardian, all at the same time, is quite the feat!

So, with all that out of the way, what are the real surprises from 2017? 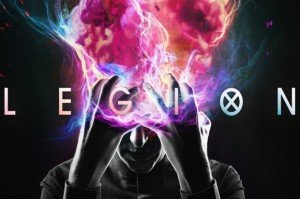 I think, while everyone’s talking about their disappointment about Netflix’s Defenders and Iron Fist, Legion was easily the best TV derived from a comic book. It was clever and fun, didn’t insult the audience’s intelligence, and always, always kept us on our toes. Also, Aubrey Plaza was amazing in it. Catch up now, before it’s second season due in February 2018.

Line of Duty closed out it’s fourth season, neatly wrapping everything up, including threads I’d considered long abandoned. Thandie Newton was great, even if her final storyline was a little far-fetched. But overall this was excellent crime television. The BBC have order two more seasons of this show, the fifth due for release in the spring of 2019.

Strike, based on J.K. Rowling’s Cormoran Strike novels was another excellent piece of crime drama released by the BBC, confounding expectations. Not universally loved, but I’m really sad that there’s only one more book to adapt. Career of Evil will be shown in the new year.

The criticism frequently thrown at Amazon’s adaptation of Neil Gaiman’s American Gods was that it was nigh-impenetrable to anyone who didn’t know the book and/or didn’t have a deep understanding of mythology. I can’t entirely dispute that, but I can tell you that I utterly loved it. What worries me is that show runners Fuller and Green have departed the show and will be replaced for season two, after having completed writing roughly half of the season’s scripts. 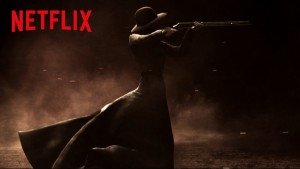 I feel compelled to mention Godless, Netflix’s western. It’s been highly praised, but while I see merit in it, I don’t think it’s anywhere as innovative or original as it’s being described as. While it’s central premise of a town without men is new, that is mere backdrop. Everything else is largely as one would expect in a semi-modern western. But well done to Netflix for keeping the genre going.

I sadly still haven’t seen The Deuce, by co-creators of The Wire, which talks about the sex-trade industry in 1970’s New York. This HBO drama is setting tongues wagging, and while its subject matter will keeping it from reaching the heights of The Wire, I think it’s definitely going to be one to watch.

Star Trek Discovery wasn’t bad at all. It was a little ropey in places, but I definitely grew tired of ‘fans’ endless cries of #NotMyStarTrek; a plea to nostalgia repeated later in the year for Star Wars. It was not a terrible show by any stretch, but its mid-season break has killed any momentum it might have managed to build.

Finally, it’s not often someone blindsides you with a recommendation out of the blue. I’d given up on The Expanse a mere two episodes into season one, finding it a bit boring. But by all reports, season two has been a marked improvement, with fans excited for the forthcoming season three.

And finally, a frustration that Charlie Brooker’s Black Mirror doesn’t come out until the 29th of December; a real stick in the eye of anybody writing ‘Best of Year’ lists.