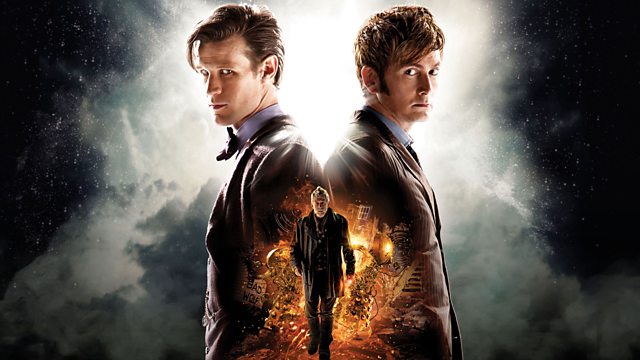 I originally wrote this in 2013, for a different website. But I thought I’d resurrect this blast from the past, so it doesn’t vanish into the mists of the un-archived internet.

It’s the 50th Anniversary of Doctor Who, and the BBC is spoiling fans with special after special, culminating with The Day of The Doctor, the hotly anticipated anniversary episode. As a sometimes fan of The Doctor, I wanted to give some thought to his identity, and this seemed the perfect time to do so.

I recently saw the character of Doctor Who described as ‘C.S. Lewis meets H.G. Wells meets Father Christmas.’ But the Doctor isn’t just a heroic, time-travelling paedomorph. No, Doctor Who is a monster. A monster who needs a companion to keep him human, to keep him interested; someone to spark off, to tell him how brilliant he is, a muse, someone he can impress, someone who isn’t afraid of him, someone who needs him, who adores him. Basically: A child.

He is all those things and he is also none of them. In short, whether we like to think of him that way or not, Doctor Who is our hero/anti-hero of post-modernity; a mercurial deity in our cultural pantheon. He becomes what the narrative demands, from scientist to genocidal maniac, lover to virgin. He shifts and changes as the viewers do, coaxing them out from behind the sofa, then slapping them around the head with a lonely over-sized clown shoe, while telling them they like it. No wonder he is feared. No wonder he is loved.

And the best bit of this analogy? It’s completely untrue, and also as true as it needs to be. The Doctor is a mirror; we choose to see and embrace the aspects of our favourite incarnations, we see what we want, what we need. And the opposing views of co-fans are just as true and just as relevant.

Screenplays of the Marvel Cinematic Universe 2019