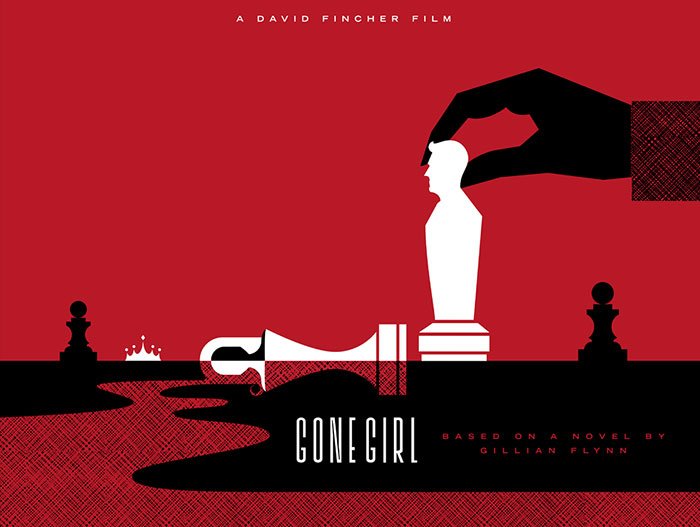 The news came down this week that an amateur screenwriter is attempting to sue Gillian Flynn for taking the idea from her unsigned screenplay, and turning it into the bestselling novel Gone Girl and its subsequent screen adaptation. Now, I’m not saying it’s impossible that preternatural writing talent Flynn stole… No. Wait. Yeah, I am saying that. You only have to read her work, whether the novel or the astonishingly written screenplay to see that she’s in a league of her own.

But I thought this would be a good opportunity to bring together a few resources and talk about Gone Girl. Storywise, it’s been described as a dark inversion of the American dream. As Sheryl Oh writes, ‘[if] If there’s one thing Gone Girl says […], it’s that underneath the sham of the American Dream aesthetic is the epitome of moral bankruptcy.’ At  simpler level, there aren’t many movies where the manipulative murderess wins out in the end, over the likeable-if-morally-shallow ‘protagonist’, whilst taking a swipe at the realities of modern marriage.

In terms of Fincher’s direction, you could do worse than listen to the director’s commentary on the DVD of the movie, or read the precis of it. There are frequent allusions to the Hitchcockian thriller model, from the Rear Window voyeurism, to parallel with Vertigo for the protagonist seeing the woman he wants to see, not what’s really there. And of course Vertigo is recognized for breaking new ground by revealing the twist halfway through the movie and shifting from a mystery to a suspense thriller. On character, I love that Fincher describes Amy as “morally repugnant, [but] she’s also fascinating and I think that’s her saving grace. She’s really fucking interesting.”

So, on to the script! You’ll obviously want to read it! And you really should. As stated in the video below, Gillian writes action lines really well, and with that keeps the pace perfect throughout. See for example the climactic murder in scene 244. That last line is spinechilling.

That’s it for this impromptu Gone Girl round up, hope it was of use!