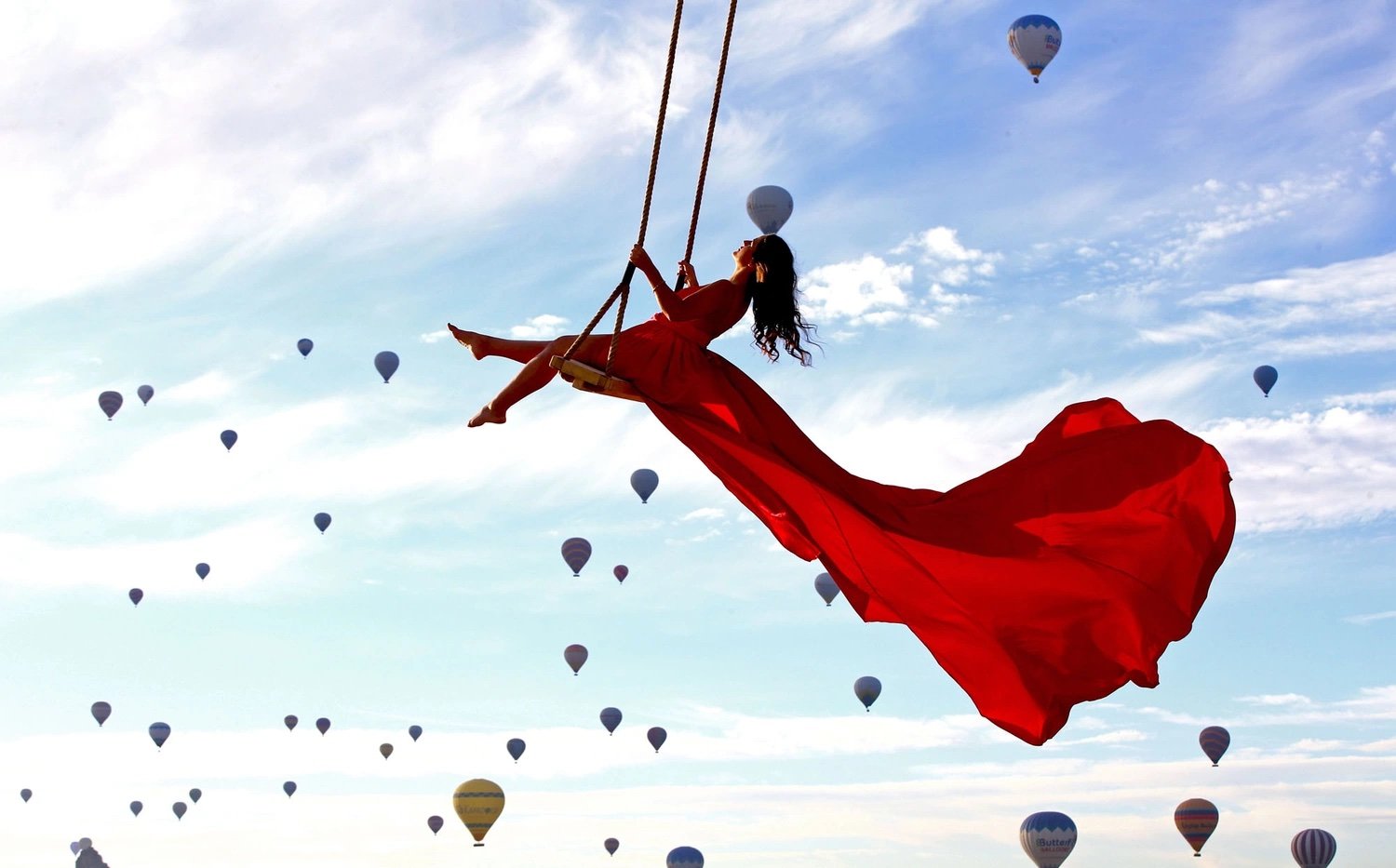 Well, well, well, if it isn’t the consequences of my own actions! Being very impressed by your humble correspondent in his day job, his employers have decided to reward him with a dramatically increased workload. And so, while I always said that there’s no way said day job would get in the way of me doing these newsletters, here we are; two days late.

Modern life tends to be fairly stacked, it can be like a game of Tetris trying to fit it all in; if one piece doesn’t quite fit properly, then the whole thing starts falling apart. No time to write during the week means, for example, getting up early on a Saturday morning to get it started, a time when the house is quiet and you can hear the street slowly start to wake up through the skylight. Sounds of the world drawing in its breath to start the cycle again, drift through the haze of coffee smells and potential.

Too much? Maybe. But I’m just getting warmed up. Writing uses the brain in a different way to my other work, it can sometimes take a bit of stretching to get it to change gears. Different styles of writing use the brain in different ways, so sometimes it can be a matter of just starting to write to try and re-find your voice. And in the case of newsletter, when I reach just the right melange of pretentious and silly, when I get just the right mixing of metaphors and tortured grammar, then I’m there. Only then does it feel, to me, like I’m sitting right in your frontal lobe, talking directly to you.

Not a single correct answer to last week’s Mystery Playlist?! I am shocked! I even left a huge clue in the newsletter! I shan’t reveal the answer just yet, just in case someone wants to give it another go, but at this point I’m devastated that I’m going to have to have to either:

But we’ll leave them for now, we’re back to our regular weekly playlist! Please excuse the slight indulgence of a couple of 12 year olds mixed in with the new babies, I know they stand out quite a bit. It wasn’t out of a lack of other potential tracks, my hopper has once more been topped up. But sometimes even I can give in to a smidgeon of nostalgia. It does make me wonder if I should create a series of playlists of some curated nuggets of the last 12 years; the 2010s were a bit of a blur, weren’t they? From the aftermath of The Great Recession to the beginning of the COVID pandemic, the world has been through a lot. And I think I’d like to revisit some of the musical morsels of joy from those years. Your suggestions are welcome!

One artist that does not feature in the playlist is Adele, whose new track Easy On Me was released this last week. It reached No. 1 on the weekly Billboard chart in just three minutes to break the record previously held by Ariana Grande‘s Positions, which took a languorous 10 minutes to get there. The track isn’t absent from the playlist because it’s not good, it’s absolutely classic Adele. But you don’t need me to tell you about a huge track like that, that’s never been the purpose of Sounds From The Engine Room.

Fans noticed a continued narrative from her videos, showing Adele build a house in her video for Rolling In The Deep, moved into it in Hello, and then had to move out in Easy On Me; a video that has to date already been watched 47 million times.

It’ll be interesting to see how the album, due November 19th, will affect the charts by the end of the year. 2021’s biggest album so far is Olivia Rodrigo’s Sour with a tally of just over 320,000 units. In second place is last year’s Dua Lipa’s Future Nostalgia with a 457k lifetime total and 192k since the start of this year. Currently in third place though, it’s Queen’s Greatest Hits, released 40 years ago.

Adele once joked that her new album would be a drum and bass record, and as it happens the genre does seem to be on the verge of a mainstream comeback just as Adele returns. The genre is picking up fast on streaming, so look for it to deliver some mainstream hits again in the coming months.

I finished Ted Lasso! It was excellent! It was brilliantly crafted! You should watch it!

I have a lot more in-depth thoughts on this show, about the writing, about the inter-relationships between the characters, and between the show and its audience, about its discussion of mental health and damaged individuals, about the interplay between comedy and drama. However, I don’t want to write a thinkpiece, there are plenty of people doing that already. All I want you to do is to go and watch it. Watch the first, free, episode. Sign up for your free trial of AppleTV+ if you haven’t had one already. Or just pay for a single month of it and binge watch it. It is absolutely worth your time. And that way, when you see me in person, we can share all those in-depth thoughts over some kind of delicious adult beverage. Or an alcopop, if that’s your preference.

Of course, the commentariat has long moved on from Lasso, and most of the discussion rapidly moved on to Netflix‘s Squid Games. Nobody really expected it to do as well as it has, even Netflix’s chief content officer Ted Sarandos expressed surprise when revealing that the Korean survival drama is becoming such a blockbuster for the streaming giant that it could soon dethrone Bridgerton as the biggest Netflix television series of all time.

Considering Squid Games and Bong Joon-ho‘s Parasite both use the dark side of capitalism and Korea’s deep class and financial divides as their themes, and both have been massive cross-border hits, there’s clearly something that’s striking a chord with audiences. But in the case of Squid Games, part of what people are telling me they enjoy isn’t the subtext, it’s the part I like the least: the inventive brutality and meannessof the show. I’m watching the show, and it is a skilled production, but after two seasons of Ted Lasso, I’m not sure I’m in the right frame of mind for a battle royale of the desperate and downtrodden.

In other news from the world of capitalism, the show has also prompted an eye-watering surge in Vans Slip-On sales: the classic Triple White colourway has spiked 7,800% since the series premier.

Photo of The Week

In his photo by Behcet Alkan, a person rides a swing hanging from a crane, with hot-air balloons flying in the background, in Nevsehir, Turkey.

(I like this segment, but it is reminding me that I need to take more considered photos again, and not just snapshots. Every week I look at the photos I’ve taken, and none of them are ones I’m super proud of. Must do better)

The world of recipe publishing is a complex one, there are controversies at every angle, regardless of whether we’re talking online, trad- or self-published. There are hot debates on issues of practicality, representation, ‘authenticity’, presentation, and much more. The latest skirmish in the recipe wars surrounds Elizabeth Haigh. Her assent began as head chef at Hackney restaurant Pidgin when it earned a Michelin star, then as owner of Singaporean restaurant Mei Mei. She was voted East London’s most impressive newcomer of 2019, and has appeared on Masterchef. It’s understandable then that her debut cookbook Makanwas hotly anticipated; Nigella Lawson who gushed that she “wanted to cook everything in the book.”

Sadly the book has now been withdrawn from sale due to plagiarism. Now plagiarism of recipes is something that happens a lot, and it’s hard to trace, harder to prove. Recipes, especially ones that are not exceptionally granular in their measurements, can easily come out similar without copying; even then, it’s easy to adjust them slightly and hey presto, it’s a new recipe. However, it’s not just the recipes that seem to have been copied, it’s a lot of the narrative. Whole family anecdotes have been lifted nigh-verbatim from multiple blogs and recipe books, especially from Sharon Wee‘s, Growing Up in a Nonya Kitchen. The level of blatant plagiarism here is, frankly, astounding. Was the book ghost-written? Did Haigh purposefully plagiarise herself? Either way, the publisher obviously has questions to answer about their involvement and the depth of scrutiny.

Finally, on the related topic of online recipes having a narrative before the recipe itself? Mother of Zeus, it’s free, nothing’s stopping you scrolling down. Someone has poured their heart into those words, giving context and life to something you will hopefully enjoy. They don’t owe you brevity. Unless you’re looking up how to boil an egg, the dish you’ll be cooking will likely take a shopping trip and prep, you’re not in too much of a hurry to scroll down.

(Note, this doesn’t mean that I’m not in favour of Click To Scroll To Recipe and Printer Friendly Recipe links.)

And there we have it, another week has passed and another newsletter has come to an end. It’s nearly time to send this baby out into the ether. But sadly this one comes with a bittersweet ending. Next week I have an incredible amount of work to do, in a shortened week. The week is shortened because of the joyous occasion of the wedding of my great friends on Friday, and so for that reason the next newsletter is not due until the 28th of October. And now you know who to blame. If in doubt, always blame family.

Notes From The Engine Room 28

Notes From The Engine Room 30 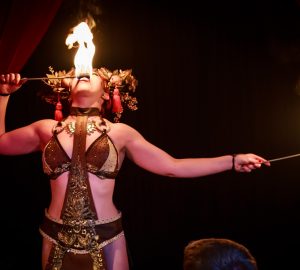 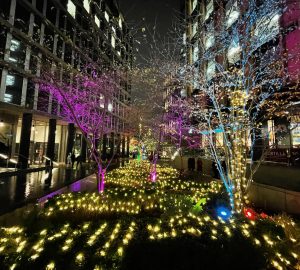