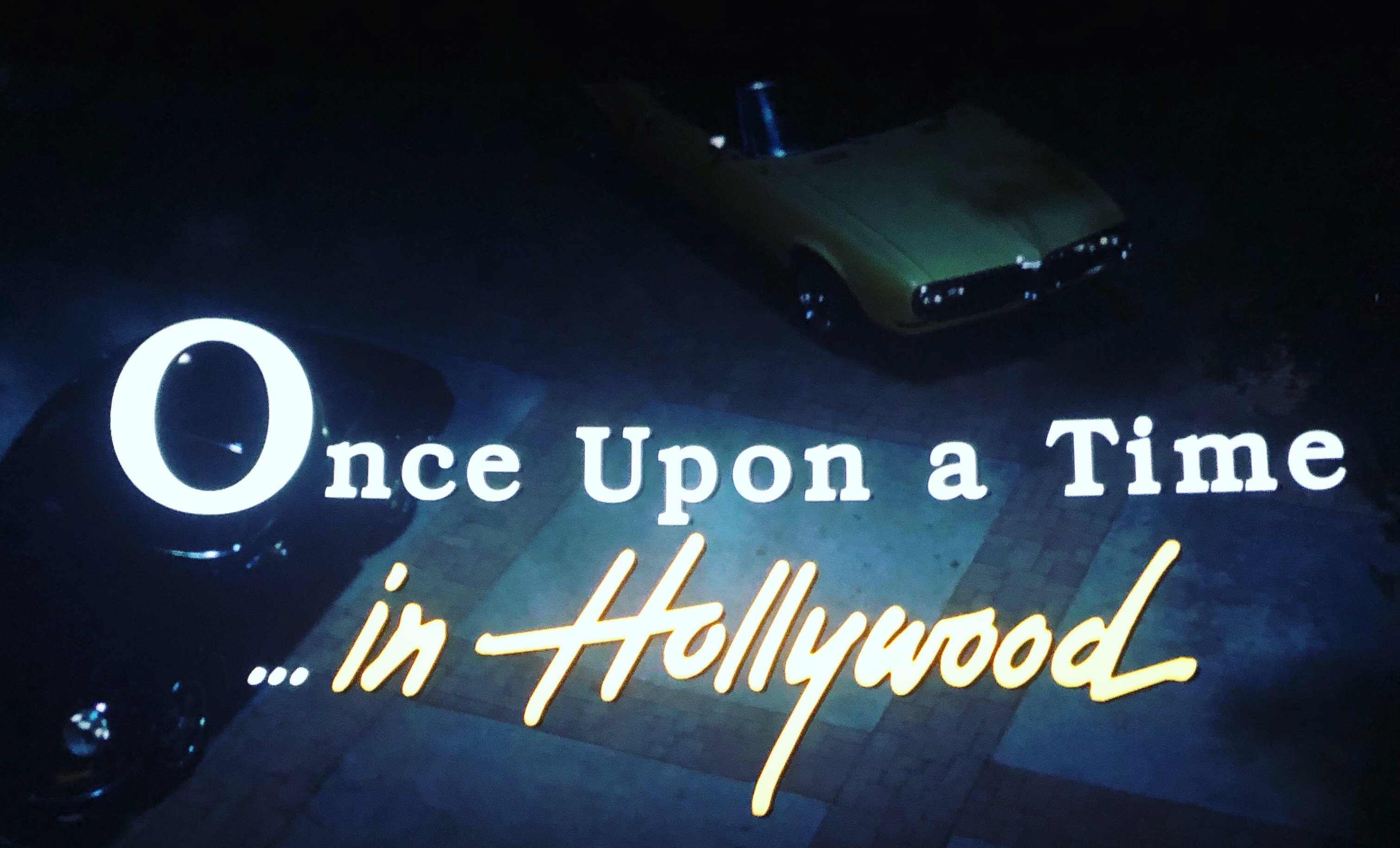 People always ask you what you think when you’ve been to see a Tarantino movie. I think it’s because his movies a) have a strong directorial voice, and b) are the best marketed pseudo-arthouse movies out there. There are plenty of independent movies getting made, but they have neither the cachet, nor the name recognition of a Tarantino movie.

So, what did I think? I think Tarantino has a strong directorial voice, and there’s a lot to like and plenty to dislike in pretty much any of his films. That’s not the cop-out it seems, Tarantino’s movies are less about plot, story or acting, they’re about Tarantino. They’re about his message, his proclivities and tastes, whether that be theme of revenge, Hollywood nerdery, or feet.

That’s not to say the acting wasn’t strong, Pitt and DiCaprio did sterling work at representing the image of Tarantino’s leitmotif: Men who no longer recognise a Hollywood that’s changed around them, leaving them barely employable. Maybe it’s because of those young upstarts, or changing demands of the audience, or those pesky rumours of matricide in a barely disguised dig at #MeToo accusations.

Elsewhere Margot Robbie did the very best she could with the very thinnest of material, an embodiment of light and joy in the form of Sharon Tate, the doomed ingénue. You can see why Tarantino depicted her this way, but that never stops you thinking about how much more could have been done with a talent like Robbie.

Aside from Robbie’s Tate watching her own movie in the cinema, the standout scene wasn’t the finale. That’s a pretty standard, over-top, Tarantino-esque, bloody revenge fairy tale ending, and nobody expected any different. But before it petered out, Pitt’s Booth going to the Manson ranch, the lot formerly used for shooting westerns, was a brilliant ratchetting up of tension. Ominousness filled the scene, all the signposts pointing to disaster. I’d love to see what Tarantino would do with an entire movie of this focus.

Throughout the rest, you could easily have heavily reduced the endless ‘movies in a movie’, flashback and fantasy sequences to make a much leaner film. A film, that then wouldn’t be a Tarantino movie, and wouldn’t be discussed quite so much, and wouldn’t go further to burnish his reputation as a auteur.

Did I enjoy OUATIH?

The Chair Leg Thesis for Success in Creative Endeavours