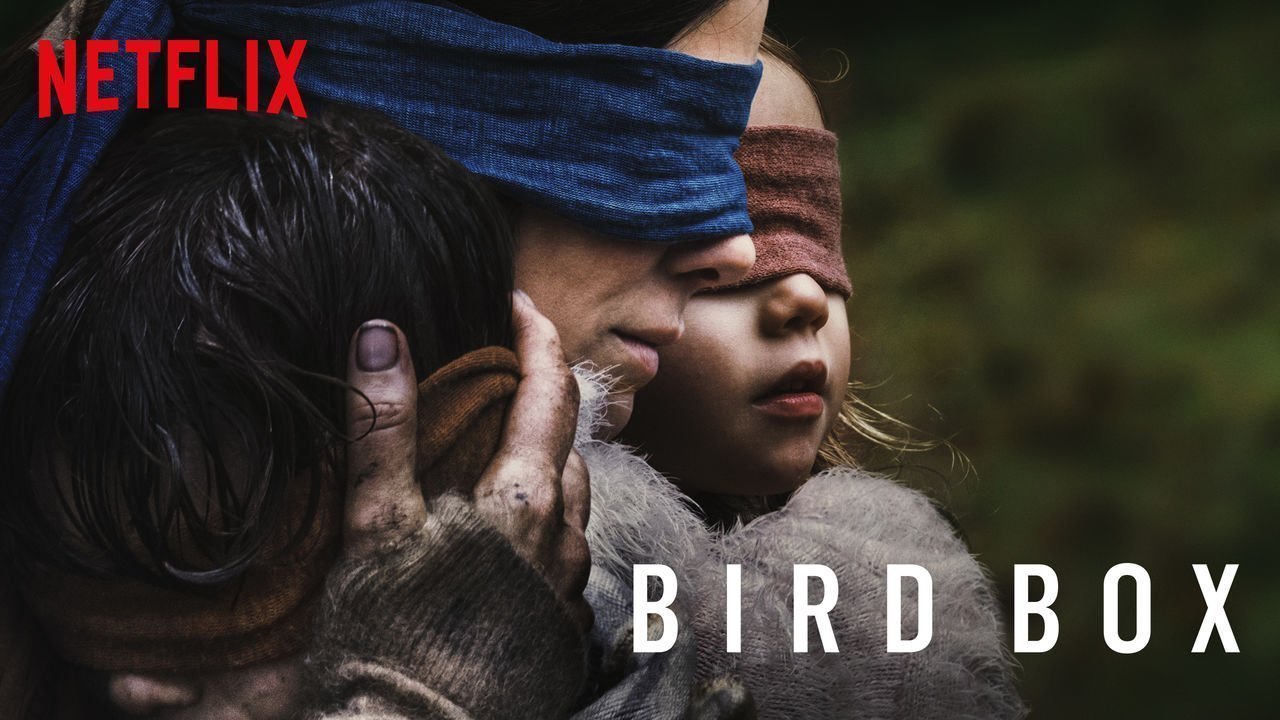 Bird Box was written by Eric Heisserer, based on the book of the same title by Josh Malerman. While Eric’s previous adaptation, Arrival was a stunning science fiction release from last year, Bird Box was a somewhat different affair, eschewing a wide cinema release for Netflix.

Bird Box is a post-apocalyptic survival thriller, telling the story of a woman, played by Sandra Bullock, trying to survive with her children. It is the story of a parent trying to find the a way to protect her children from a world of terrors unseeable, that may only exist in the mind.

The movie flows asynchronously, blending her story of the end of the world, with her escape from its aftermath. The monsters are never shown, which some viewers found frustrating, but it was a decision I understood: If the creatures represented, and showed themselves as, the greatest horror the witness could conceive of, how could that ever be represented? How could that ever not disappoint? A horror so great to a person that they’d rather end their life instantly, would be meaningless to anyone else. I found it better to depict the horror second-hand, by seeing the despair and madness it induced in another.

Only by wearing blindfolds and making the perilous journey half-seen, are the travellers even part-way safe. An idea that inspired endless memes and blindfold challenges.

The ending was controversial too, and not just because it differed from that of the book. Some found it too pat, insufficiently alluding to a higher theme. There’s a gravitas to the idea that if what you see can kill you, rather than blindfolding yourself and pretending it’s not there, you fully commit and truly blind yourself. But in a world of horrors, blinding ourselves to them, for safety, is not a good thought.

In the end, the protagonist needed, not to be blinded, but to see. To finally see her children, to open herself up to them. To no longer be guided by fear.

For me Bird Box worked, it was a small movie with strong ideas. It was, importantly, a mid-budget science fiction movie, which found a market and an audience at a time when such fare struggles to make its way into the cinemas.

And now you can read the Bird Box screenplay.