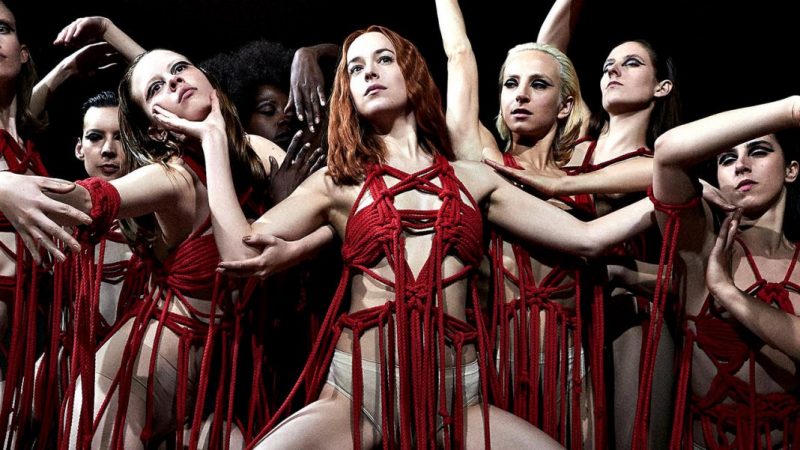 It might have divided audiences, but there’s no denying that the 2018 “tribute to” the 1977 Italian film of the same title directed by Dario Argento, has made an impact. Starring Dakota Johnson and Tilda Swinton, there’s no denying the visuals in the stills are powerful, and many critics have declared it a must-see. It’s clearly been an influence, already being heavily referenced in The Chilling Adventures of Sabrina.

However, distributors MUBI have been slower to arrange UK distribution than the US has, where it’s available on physical and digital media already.

But, as alluded to in the headline, I’ve been assured by MUBI that Suspiria (2018) is coming to Amazon Video UK in April 2019. Presumably there’ll be a physical release as well, and perhaps even showing on MUBI’s own streaming service But at least it’ll be available at last.

Update: It’s unclear whether the article is referring to the US, the UK or both, but Bloody Disgusting, has the release date to Amazon Prime as May 3rd.