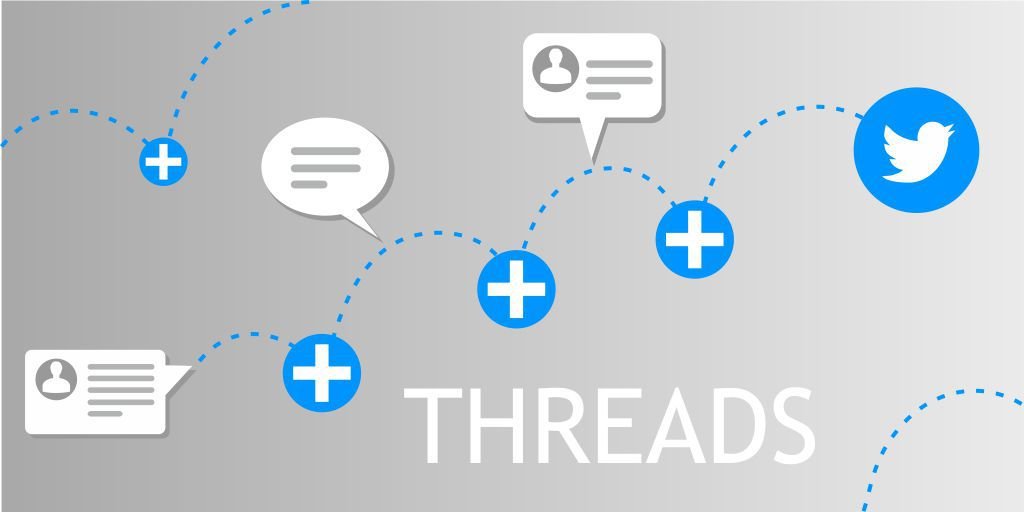 It’s about 18 months now since Twitter introduced Threads, a way of linking tweets together to form a coherent and conjoined narrative. Not so much for the purposes of conversation, but to link together a semi-coherent flow of thoughts.

Now, in principle this is certainly an improvement: As the tweeter, it joins up what could otherwise be more incoherent ramblings, and as a reader it allows a stream of thoughts to be read as intended, adding often much-needed context. Furthermore it facilitates engagement, as every individual tweet can be commented on in isolation, as well as in the whole.

Tweetstorms have become all the rage in some creative circles, where streams of linked advice can be posted up, allowing advice and anecdote to be despatched and consumed within the social media app or website.

However, by the time said tweetstorm is complete, what you have is essentially a hard-to-read article; a blogpost in soundbites, sometimes added to and addended, the conversation broken up across several replies. from multiple people.

An example of this is Monica Beletsky’s advice on writing a one-hour drama TV script. As a thread it can be hard to read, hard to study, individual tweets can be deleted, and the addenda are scattered throughout. It’s why someone reworked the thread as an infographic and why I re-worked it as a re-formatted article.

It goes further though, as Erynn Brook outlines. A solution to the above problem is the proliferation of ‘thread unrollers’ that do their best to programmatically extract the whole thread and put it into a shareable, retainable, easy-to-read format.

However, what it also does is monetise other people’s content, through advertising and data collection. And it doesn’t even always compile the threads correctly, with no facility for editing or correction. And very little by way of opting out of having your threads recompiled.

As Erynn says, “Twitter is not a blog. It’s not meant to be a blog”, and she’s right. And as they said in The West Wing, “complexity isn’t a vice”.

Threads absolutely have their use. But in my opinion, they’re often a poor substitute for a properly written out article, owned and managed by the person who wrote it.

Britbox and the Balkanisation of SVOD