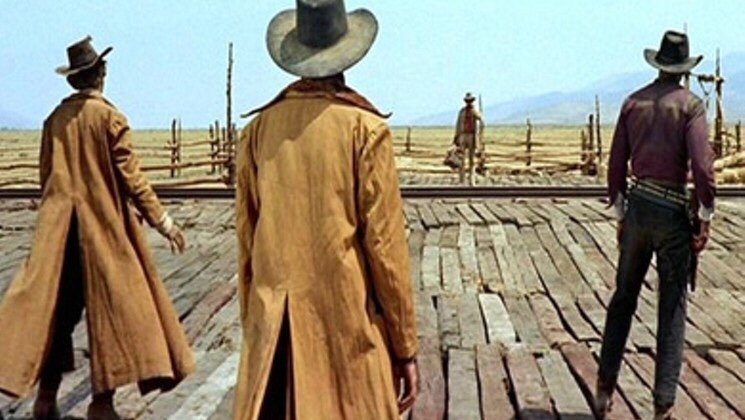 A thought struck me this morning, after RTing a One Perfect Shot image.

I love Westerns, as problematic and outdated as they are and have seen so many. Even terrible ones, spin-offs, re-imagining, mashups, films that inspired the genre, and films that were inspired by the genre. And yet I’ve never written a Western, or anything that smells of a Western, or carries Western tropes. Noir and crime and thrillers and horror and science fiction and mysteries and urban fantasy; but never once a Western, or Western-inspired script.

I just don’t know why.

Movies like Once Upon A Time in the West had probably some of the most stunning cinematography I had seen growing up, TV shows like Bonanza we’re home staples when I was a child, and I rewatched Deadwood multiple times as an adult. I love Seven Samurai, but also Firefly and Slow West.

Perhaps it’s over-exposure, or coming up with a concept that doesn’t feel like it’s retreading ground already beaten to dust. Maybe many of the central tropes of the genre just don’t work in more enlightened times.

Or maybe some things just work better as influences, rather than as things to be emulated. A history that informs the new, rather than a nostalgia to be wallowed in.

Or maybe I just need to try my hand at writing a Western and see what shakes loose.